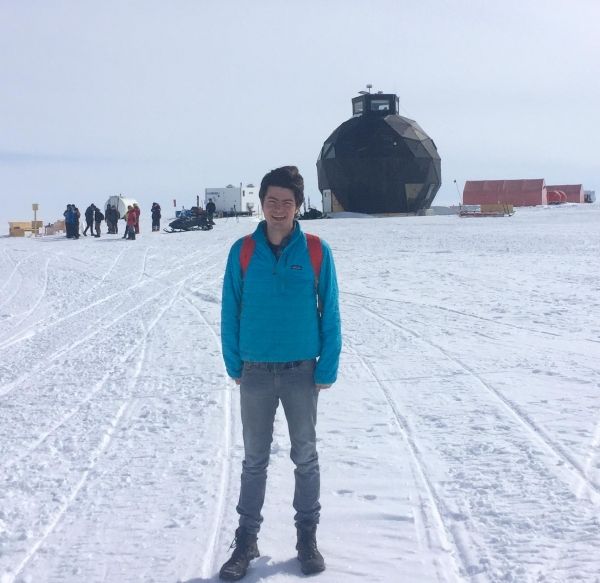 For years, geologists have debated how and when a network of canyons under the Greenland Ice Sheet formed, especially one that is so deep and long it’s called ‘Greenland’s Grand Canyon.’ Its shape suggests it was carved by running water followed by glaciation, but until now, “the genesis of this canyon, and similar features in northern Greenland, remain(ed) unknown,” authors of a new paper say.

Scientists at the University of Massachusetts Amherst and the University of Copenhagen’s Centre for Ice and Climate now propose a new mechanism for how the megacanyon formed – from a series of catastrophic ‘outburst’ floods that suddenly and repeatedly drained lakes of melting ice sheet water over time. Based on ice-sheet model simulations of the early ice sheet’s history, they show that climate and bedrock topography have “exerted strong controls” on the ice sheet since its beginning.

First author Benjamin Keisling, now a postdoctoral fellow at Columbia University’s Lamont-Doherty Earth Observatory in Palisades, New York, did the work as a graduate student with senior author and advisor Rob DeConto at UMass Amherst. He collaborated with colleagues in Denmark, where Keisling had a National Science Foundation GROW fellowship. Details appear now in the journal Geology.