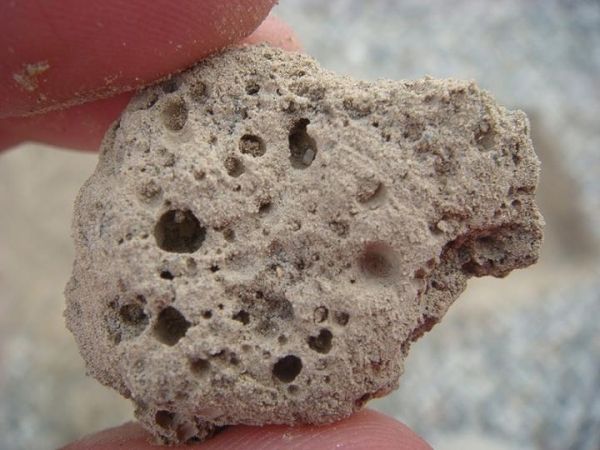 Soils in deserts are very different from those found anywhere else.

Soils in deserts are very different from those found anywhere else. Extreme temperatures, little water and limited plant matter make an unusual environment. With little dead plant material to decompose and create a rich layer of organic matter, desert soils are unique.

Judith Turk, an assistant professor at the University of Nebraska-Lincoln, studies the top layer of desert soils, called the vesicular horizon. This surface layer of the soil is common in deserts and contains pores of different shapes, called vesicles and vughs.

“These horizons are important because of their role in many processes,” Turk says. “Vesicular horizons determine how much water soaks into the soil and how much runs off. Since they occur in deserts, they control the distribution of the most limiting resource, which is water.”

Vesicular pores are spherical, look a bit like bubbles, and are not connected to each other. Vughs are similar but more irregular in shape, almost like a clump of bubbles that have not fully separated from each other.

Image: This chunk of soil has numerous vesicular pores, which are spherical and look a bit like bubbles. (Credit: Judith Turk)