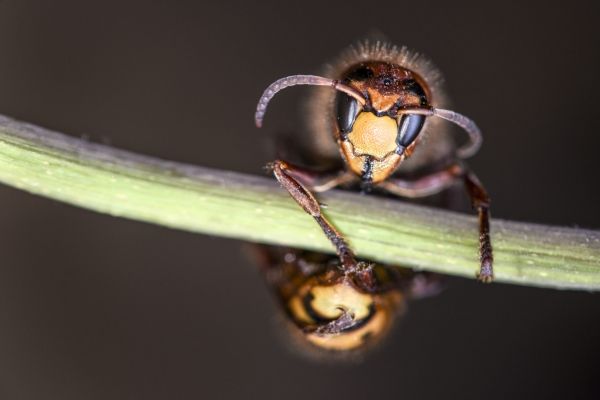 Experts are creating a strategy to safeguard citizens, honey and crop production to head off a possible emergence of the Asiant giant hornet in Texas.

At the request of Gov. Greg Abbott, a specialized task force led by Texas A&M AgriLife experts is spearheading an initiative to protect Texas citizens, agriculture and honey bees if the “murder hornet,” or Asian giant hornet, arrives in the state.

A giant invasive hornet was sighted several times in northwestern Washington state and Canada in late 2019, causing concern across the U.S. The hornet, Vespa mandarinia, preys on bees and can decimate local honey bee populations. Honey bees are essential for most fruit and vegetable crop production. Because crops rely on honey bees and other insects for pollination, in its absence, crop yields would greatly suffer. What’s more, the Asian giant hornets are fiercely protective of their nests. They deploy painful stings that can cause fatal allergic reactions in people already sensitive to bee stings.