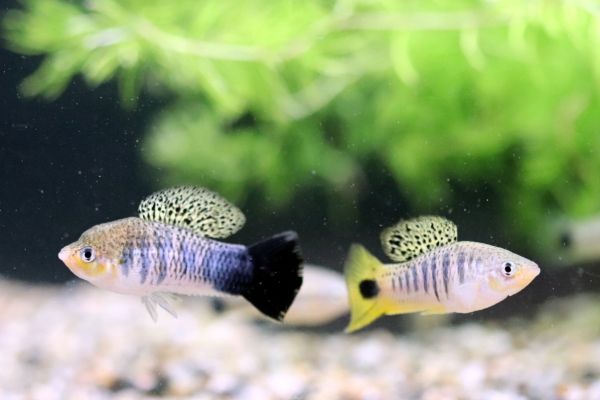 In a small pool nestled between two waterfalls in Hidalgo, Mexico, lives a population of hybrid fish – the result of many generations of interbreeding between highland and sheepshead swordtails.

In a small pool nestled between two waterfalls in Hidalgo, Mexico, lives a population of hybrid fish – the result of many generations of interbreeding between highland and sheepshead swordtails. The lab of Molly Schumer, assistant professor of biology at Stanford University in the School of Humanities and Sciences, has been collecting these fish for years to study the evolution of hybrids.

“We’re just realizing that hybridization affects species all across the tree of life, including our own species – many of us carry genes from Neanderthals and Denisovans,” said Schumer, referring to two ancient human species that interbred with our ancestors. “Understanding hybridization and the negative and positive effects that can come from genes that have moved between species is important in understanding our own genomes and those of other species with which we interact.”

In a new paper, published May 14 in Science, the researchers pinpoint two genes responsible for a melanoma that often develops near the tails of male highland-sheepshead hybrids. The finding marks only the second time that a hybrid dysfunction has been traced to specific genes in vertebrates. (The only other case where scientists have narrowed hybrid dysfunction in vertebrates down to the single-gene level is in a longstanding hybrid population of mice in Europe and their relatives.)

Image: Two hybrid male swordtail fish representing the extreme versions of the trait these researchers studied. The male on the left has melanoma and the male on the right has only a small spot. (Image credit: Daniel Powell)