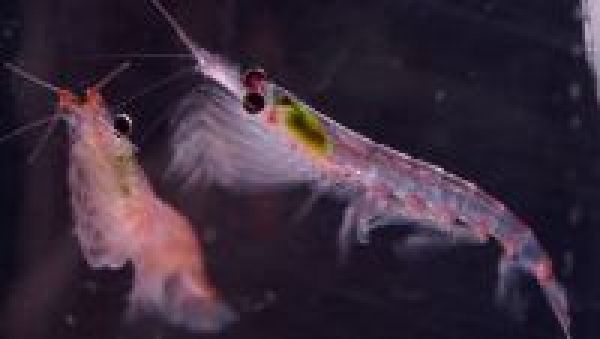 Ocean warming is likely to alter the distribution and lifecycle of ecologically and commercially important Antarctic krill over the rest of this century, according to new Institute for Marine and Antarctic Studies (IMAS)-led research.

Published in the journal Nature Climate Change, the study looked at how krill growth habitat is likely to be affected by changes to ocean temperatures and the concentration of the species’ preferred food, phytoplankton.

The research team found there would be a moderate impact across 85 per cent of the Southern Ocean, with krill expected to move further south and shifts in the time of year when conditions are most favourable.

The research was led by IMAS PhD student Devi Veytia and included scientists from the Australian Antarctic Division, ACE CRC and the British Antarctic Survey.

Continue reading at University of Tasmania

Image via University of Tasmania