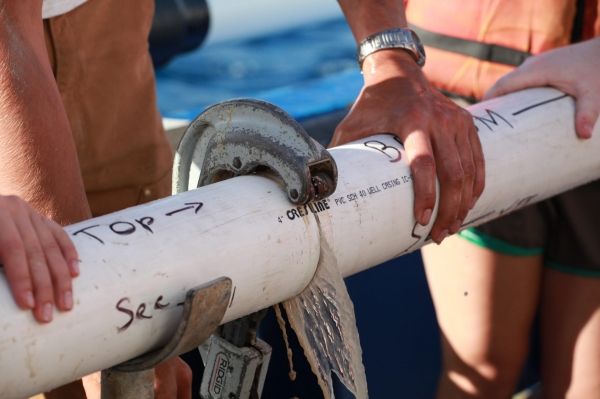 Why do carbon dioxide levels in the atmosphere wax and wane in conjunction with the warm and cold periods of Earth’s past?

Why do carbon dioxide levels in the atmosphere wax and wane in conjunction with the warm and cold periods of Earth’s past? Scientists have been trying to answer this question for many years, and thanks to chemical clues left in sediment cores extracted from deep in the ocean floor, they are starting to put together the pieces of that puzzle.

Recent research suggests that there was enhanced storage of respired carbon in the deep ocean when levels of atmospheric carbon dioxide concentrations were lower than today’s levels. But new research led by a Texas A&M University scientist has reached back even further, for the first time revealing insights into atmospheric carbon dioxide levels in the 50,000 years before the last ice age.

“One of the biggest unknowns about past climate is the cause of atmospheric carbon dioxide variability over global warm-cold cycles,” said Franco Marcantonio, lead author of the study and professor and Jane and Ken R. Williams ’45 Chair in the Department of Geology and Geophysics at Texas A&M. “Here we investigated the ‘how’ of varying carbon dioxide with the ‘where’ — namely, the Eastern Equatorial Pacific Ocean, which is an important region of the world ocean where, today, significant carbon dioxide is exhaled into the atmosphere and the greatest rates phytoplankton growth are found.”