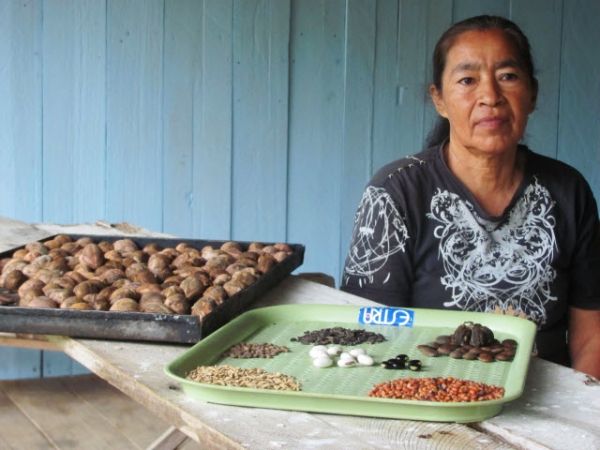 The canopy is thick, the air heavy. The Amazon rainforest pulsates with life, sustaining an estimated 10 million species on a few centimeters of arable soil. It’s also the site of war. Paramilitary groups, coca growers, narcotraffickers, insurgent groups, and government agencies all vie for control over this space. In the midst of this struggle—assassinations, aerial herbicide spraying, and crop eradication—exist the selvacinos, Amazonian farmers who cultivate forests, biodiversity, and alternative ways of life.

Kristina Lyons, assistant professor of anthropology and environmental humanities in the School of Arts & Sciences, has been conducting fieldwork in this region since 2004. She explores the multilayered world of the Colombian Amazon in her new book, “Vital Decomposition.”

Since 2004, Lyons has been interested in the public health and environmental impacts of aerial fumigation policy in Putumayo, implemented by the United States and Colombia until 2015, but it wasn’t until she visited an Amazonian farm school that the ideas behind “Vital Decomposition” emerged.

Continue reading at University of Pennsylvania

Image via University of Pennsylvania