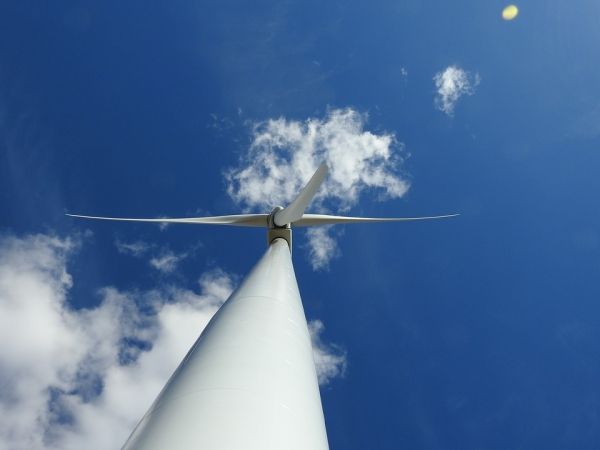 At Scotland’s easternmost headland, the old fishing port of Peterhead juts out into the North Sea.

At Scotland’s easternmost headland, the old fishing port of Peterhead juts out into the North Sea. “On a clear day,” says Alastair Reid, an economic development official with the Aberdeenshire Council, “from the harbor you can just make out the turbines of the Hywind park.”

In windswept northern Scotland, where abundant wind arrays both on land and off the coast vie for limited space, the distant location of the five towering 574-foot-tall turbines, 15 miles offshore, is just one novelty of this renewable energy project. Indeed, Hywind Scotland, which generates enough electricity for more than 20,000 homes, is the first wind energy array that floats on the sea’s surface rather than being dug into the ocean bed. Proponents say the technology heralds a new generation of green energy.

What’s groundbreaking about the Hywind project, located in more than 300 feet of water, is that the giant masts and turbines sit in buoyant concrete-and-steel keels that enable them to stand upright on the water, much like a fishing bobber. The turbines’ nearly 10,000-ton cylindrical bases are held in place with three taut mooring cables attached to anchors, which lie on the seafloor.

In contrast to ordinary offshore wind turbines, with long towers sunk into the seabed and bolted into place in shallow seas 60 to 160 feet deep, the advantage of floating turbines is that they can access large swaths of outlying ocean waters, up to half a mile deep, where the world’s strongest and most consistent winds blow. In Europe, where the density of onshore and near-shore wind turbines in places like Germany, the United Kingdom, and Norway has spurred increasing opposition to new arrays, the floating turbines can be installed over the horizon, out of sight of coastal residents.