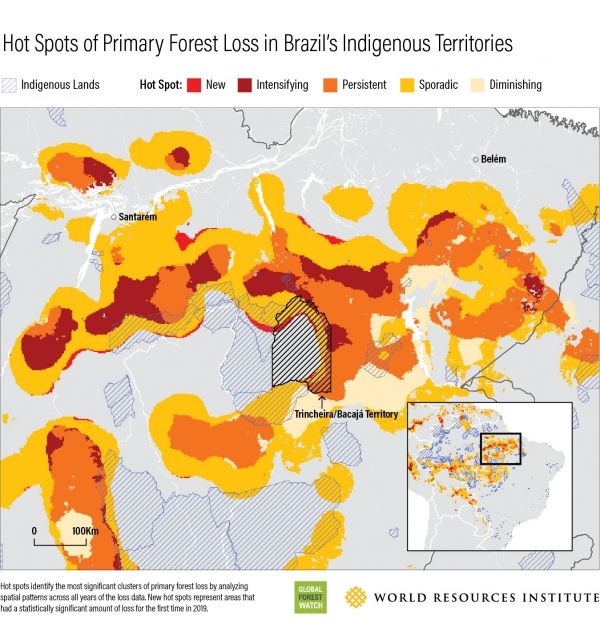 The tropics lost 11.9 million hectares of tree cover in 2019, according to data from the University of Maryland, released today on Global Forest Watch.

Nearly a third of that loss, 3.8 million hectares, occurred within humid tropical primary forests, areas of mature rainforest that are especially important for biodiversity and carbon storage. That’s the equivalent of losing a football pitch of primary forest every 6 seconds for the entire year.