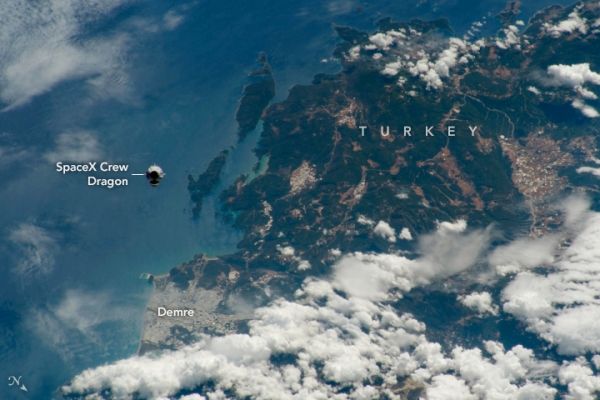 The SpaceX Crew Dragon spacecraft carrying NASA astronauts Robert Behnken and Douglas Hurley lifted off at 3:22 p.m. EDT on May 30, 2020, from Launch Complex 39A at NASA Kennedy Space Center in Florida. The spacecraft was launched atop a reusable SpaceX Falcon 9 rocket. The black and white infrared image above highlights the combustion powering the rocket as it soared above the Florida coast.

Behnken and Hurley named their spacecraft Endeavour as a tribute to the first space shuttle that both astronauts had flown aboard. Endeavour also flew the penultimate mission of the Space Shuttle Program, launching in May 2011 from the same pad.