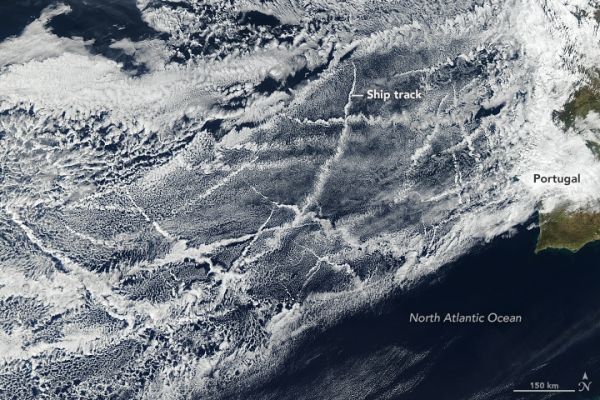 As ships cruise across the ocean, they emit a large number of small airborne particles—aerosols—into the lower atmosphere. Under the right conditions, these exhaust particles cause long, thin cloud patterns referred to as “ship tracks.” For decades, scientists have theorized that these cloud changes might alter climate by affecting the amount of sunlight reaching Earth’s surface.

Now, for the first time, researchers have measured exactly how ship emissions affect clouds at a regional scale. University of Washington scientist Michael Diamond and colleagues examined more than a decade of cloud patterns over a busy shipping lane in the southeast Atlantic that connects Europe to southern Africa and Asia.