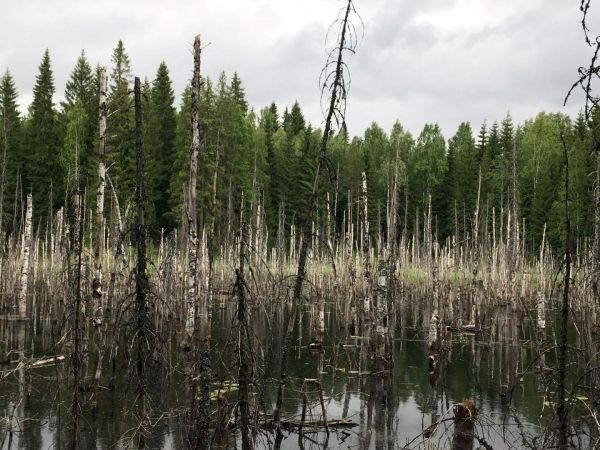 Beavers are ecosystem engineers that cut down trees to build dams, eventually causing floods. Beaver-induced floods make forest landscapes and habitats increasingly diverse, but very little is known about the long-term effects of beavers on European landscapes.  Researchers at the University of Eastern Finland and the University of Helsinki examined the history and occurrence of beaver-induced floods and patch dynamics in southern Finland. They used a unique dataset of field observations from 1970 to 2018.

Floods caused by beavers over the course of history form a network of different habitats that remain interconnected even for long periods of time.

“Beavers can help to restore wetland ecosystems and entire boreal forests, and they also help in conserving the biodiversity of these environments,” Researcher Sonja Kivinen from the University of Eastern Finland says.