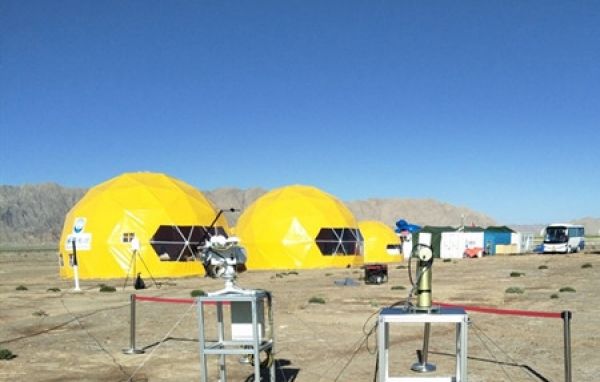 Scientists find a mix of sources contributing to aerosol layer above the Tibetan Plateau.

The Asian Tropopause Aerosol Layer (ATAL) is a thin layer of aerosol with a thickness of about 3-4 km, which appears regularly at the height of the tropopause layer during the Asian summer monsoon (ASM) period over the Tibetan Plateau. How is it formed? Where are aerosols from? There are questions in debate since the discovery of ATAL in 2011.

Drs. ZHANG Jinqiang and WU Xue from the Institute of Atmospheric Physics (IAP) of the Chinese Academy of Sciences (CAS), in collaboration with scientists from the Aerospace Information Research Institute of CAS, conducted in situ observations using a balloon-borne portable optical particle counter (POPS), aiming to further understand the composition and sources of the ATAL. The observation campaigns were conducted in the summer of 2018 and 2019 at Golmud and Qaidam in Qinghai Province of China.

"If we would like to further understand the possible source regions of the observed aerosols, a Lagrangian particle dispersion model is the right tool to do the job," said WU.