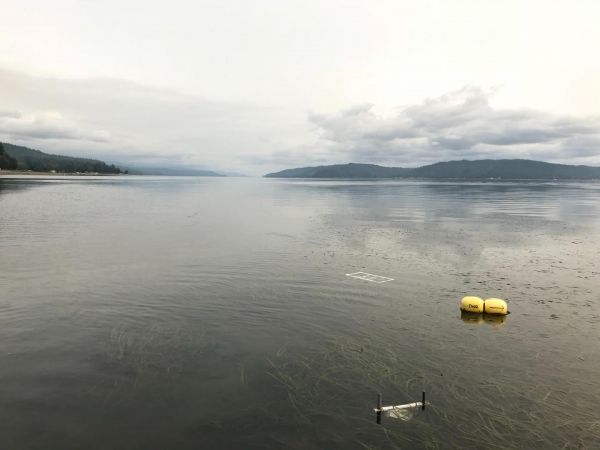 Eelgrass, a species of seagrass named for its long slippery texture, is one of nature’s superheroes.

Eelgrass, a species of seagrass named for its long slippery texture, is one of nature’s superheroes. It offers shade and camouflage for young fish, helps anchor shorelines, and provides food and habitat for many marine species.

A University of Washington study adds one more superpower to the list of eelgrass abilities: warding off the toxin-producing algae that regularly close beaches to shellfish harvests. Researchers found evidence that there are significantly fewer of the single-celled algae that produce harmful toxins in an area more than 45 feet, or 15 meters, around an eelgrass bed.

“We’re not in the laboratory. The effect we’re seeing is happening in nature, and it’s an effect that’s really widespread within this group of harmful algae. What we see is this halo of reduced abundance around the eelgrass beds,” said Emily Jacobs-Palmer, a research scientist at the UW. She is the lead author of the study published this spring in the open-access journal PeerJ.

A study site at the southern tip of Hood Canal, on the shore of the Skokomish Indian Tribe land, in summer 2018. Eelgrass can be seen just below the water's surface. (Photo Credit: Emily Kunselman)