Details
The University of Montana 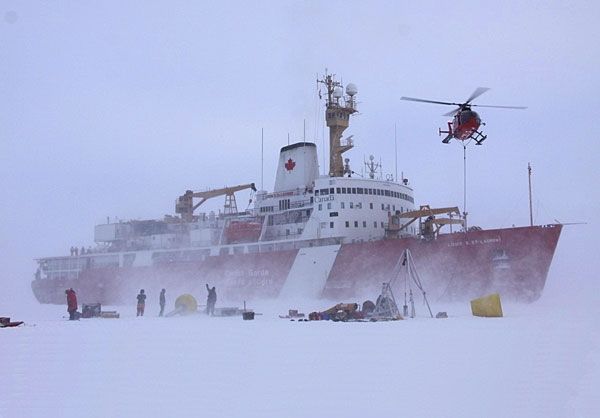 Melting of Arctic ice due to climate change has exposed more sea surface to an atmosphere with higher concentrations of carbon dioxide.

Melting of Arctic ice due to climate change has exposed more sea surface to an atmosphere with higher concentrations of carbon dioxide. Scientists have long suspected this trend would raise CO2 in Arctic Ocean water.

Now University of Montana researcher Michael DeGrandpre and his patented sensors have helped an international team determine that, indeed, CO2 levels are rising in water across wide swaths of the Arctic Ocean’s Canada Basin. However, some areas have exhibited slower increases, suggesting other processes – such as biological uptake of CO2 – have counteracted expected increases.

The work was published this month in the journal Nature Climate Change. The study is online at https://www.nature.com/articles/s41558-020-0784-2.

DeGrandpre is a UM chemistry professor, and in 2015 he and the company he founded, Sunburst Sensors, won two coveted XPRIZE awards for developing inexpensive, durable sensors to better understand ocean acidification. Sunburst Sensor technology also was used in this recent study for a CO2 measurement system placed on board a Canadian icebreaker, the CCGS Louis S. St. Laurent.

Read more at The University of Montana