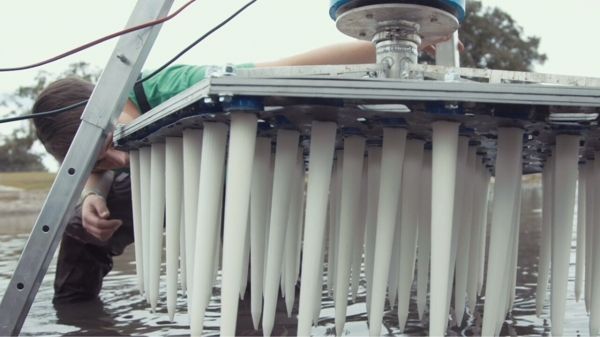 Researchers will test a new method for decontamination of contaminated sediments in lakes and streams.

Researchers at the Department of Chemistry, Umeå University, have been awarded SEK 4 million from the Swedish Geotechnical Institute to test a new method for decontamination of contaminated sediments in lakes and streams. The method has been developed, patented and tested by scientists at NASA's Kennedy Space Center in the United States.

“The method has been used successfully in the US and Canada in areas with similar climates as in Sweden” says Stina Jansson, senior lecturer and principal responsible for the project, who in 2017 guest researched at the Kennedy Space Center and then came in contact with the method and those who developed it. “But in order to successfully introduce a new technology here in the Nordic countries, we also need to do studies to better understand how it works in Swedish conditions.”

Contaminated sediments pose major risks to the environment and the methods used today to manage toxins in sediments have disadvantages. For example, dredging involves digging away and moving polluted material, which must then be taken care of elsewhere. Covering the sediment with a barrier material risks disrupting the ecosystem - and you don't really get rid of the pollutants. Natural over-sedimentation can also be an alternative that in the long run reduces the levels in superficial sediments, but it takes a long time.