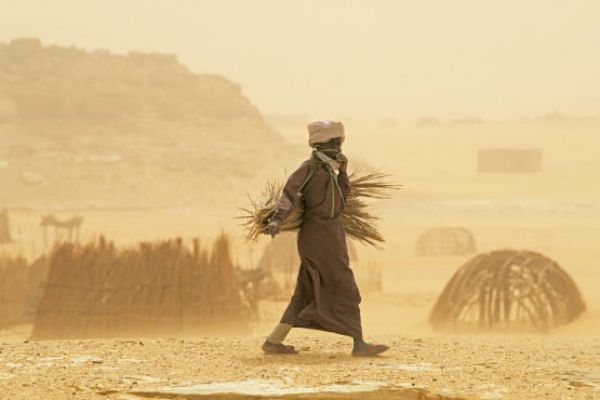 The study of sub-Saharan Africa finds that a relatively small increase in airborne particles significantly increases infant mortality rates. A cost-effective solution may lie in an exotic-sounding proposal.

Dust sweeping across the Southeast U.S. in recent days warns of a growing risk to infants and children in many parts of the world. A Stanford-led study focuses on this dust, which travels thousands of miles from the Sahara Desert, to paint a clearer picture than ever before of air pollution’s impact on infant mortality in sub-Saharan Africa. The paper, published on June 29 in Nature Sustainability, reveals how a changing climate might intensify or mitigate the problem, and points to seemingly exotic solutions to reducing dust pollution that could be more effective and affordable than current health interventions in improving child health.

“Africa and other developing regions have made remarkable strides overall in improving child health in recent decades, but key negative outcomes such as infant mortality remain stubbornly high in some places,” said study senior author Marshall Burke, an associate professor of Earth system science in Stanford’s School of Earth, Energy & Environmental Sciences. “We wanted to understand why that was, and whether there was a connection to air pollution, a known cause of poor health.”