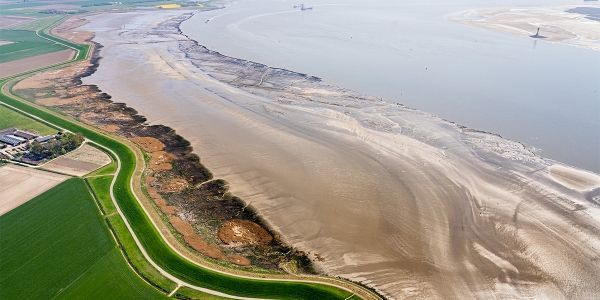 Yet their performance during real-world, extreme storms has rarely been told. By digging into major historic records of flood disasters, a research team led by scientists from the Royal Netherland Institute for Sea Research (NIOZ), Delft University of Technology, Deltares and Antwerp University, reveal in a publication this week in Nature Sustainability that the value of nature for flood defense has actually been evident for hundreds of years.

Salt marshes have reduced the number of dike breaches during the well-known 1717 historic flood disaster. More interestingly, the 1953 flood disaster also tell us that salt marshes are not only ‘wave absorbers’ that ease wave attacks on the dike, but are also ‘flood fighters’ that lower the flood depth by limiting the size of breaches when the dike would fail during severe storms. And having smaller and shallower breaches because of salt marsh protection can save many lives.