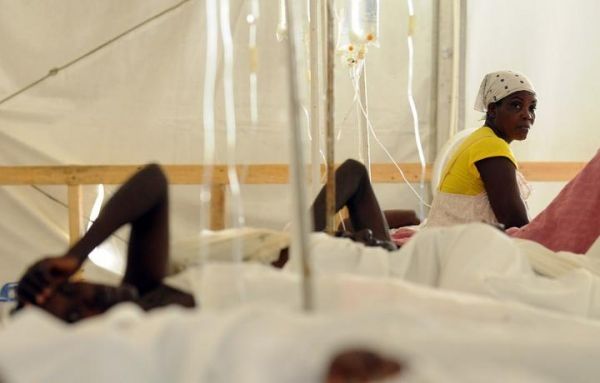 Many parts of the world are in the midst of a deadly pandemic of cholera, an extreme form of watery diarrhea.

Many parts of the world are in the midst of a deadly pandemic of cholera, an extreme form of watery diarrhea. UC Riverside scientists have discovered specific gut bacteria make some people resistant to it — a finding that could save lives.

Cholera can kill within hours if left untreated, and it sickens as many as 4 million people a year. In a new article in the journal Cell, researchers describe how gut bacteria helps people resist the disease.

Bacteria live everywhere on the planet — even inside the human body. UCR microbiologist Ansel Hsiao studies whether the bacteria living in our bodies, collectively known as the human microbiome, can protect people from diseases caused by external bacteria such as Vibrio cholerae, which lives in waterways and causes cholera.

Hsiao’s team examined the gut microbiomes from people in Bangladesh, where many suffer from cholera as a result of contaminated food, water and poor sanitation infrastructure. “When people get sick, the diarrhea gets flushed into water systems that people drink from, and it’s a negative cycle,” Hsiao explained.

Image: Cholera patients in Haiti, where an outbreak of cholera occurred after a 7.0 earthquake in 2010. (Credit: Kendra Helmer/USAID)