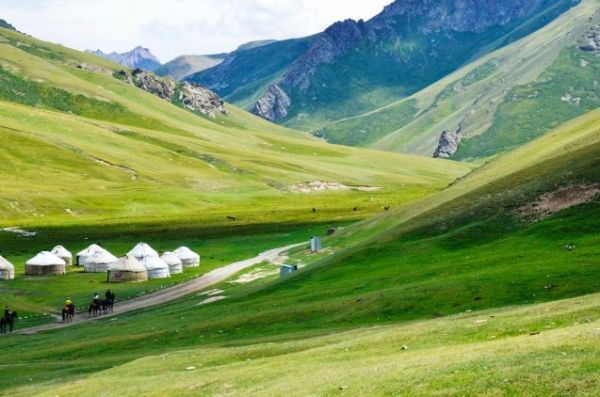 Grazing disputes are not new, however, for herders in Kyrgyzstan, where glaciers in the Tien Shan mountains supply water for the herds which graze on the lush meadows of the country’s highlands. Pastoralism is a long-held tradition in this Central Asian country, but it is becoming increasingly complicated by economic, environmental, and governance issues.

Herders from Kochkor, a district in northern-central Kyrgyzstan, had been granted official rights to access pastures in neighboring Naryn district until 2020. In November of last year, the government extended these rights to 2030 without input from local villagers, which heightened tensions between herders from the two districts. In June, when Kochkor herders moved with their animals up to these summer pastures, overt conflict broke out.

Local residents blocked roads to prevent the Kochkor herders from accessing the pastures the government had granted them rights to use for another decade. Further complicating matters, Kockhor herders also attempted to move their herds into a nearby pasture that was already occupied by herders from a third village.