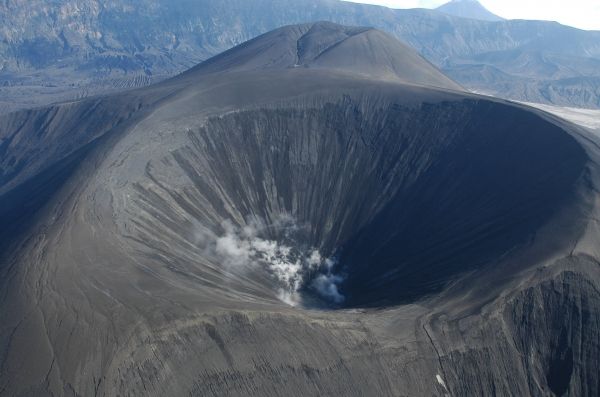 The cold, famine and unrest in ancient Rome and Egypt after the assassination of Julius Caesar in 44 BCE has long been shrouded in mystery.

The cold, famine and unrest in ancient Rome and Egypt after the assassination of Julius Caesar in 44 BCE has long been shrouded in mystery. Now, an international team, including researchers from the University of Copenhagen, has found evidence suggesting that the megaeruption of an Alaskan volcano may be to blame.

Dark times befell upon the Mediterranean around the time of Julius Caesar’s assassination in 44 BCE. Written accounts describe the region as severely impacted by unusual cooling, failed harvests, famine and disease, all of which combined to contribute to the fall of the Roman Republic and Ptolemaic Kingdom. While researchers long suspected that a volcanic eruption was to blame, they were unable to pinpoint exactly where and when such an eruption might have occurred.

Read more at University Of Copenhagen

Image:  Looking into the new tephra cone with Cone D, mantled thickly by debris, behind it. Tulik in the far distance outside the caldera. We estimated the new cone to rise about 800-900 feet from the old lake level out of the photo to the left. The crater is about 2500 feet across The bottom of the crater is filling with fine debris raining in down the very steep crater walls; on the 10th, we looked in and saw an accumulation of gray lithic blocks probably ballistics similar to what we found on the rim (all old dense lavas). The steaming was from a diffuse area on the crater floor with a few more strongly steaming jets; we could usually smell very faint H2S if flying close to the rim. Image Credit: Christina Neal / Alaska Volcano Observatory, USGS