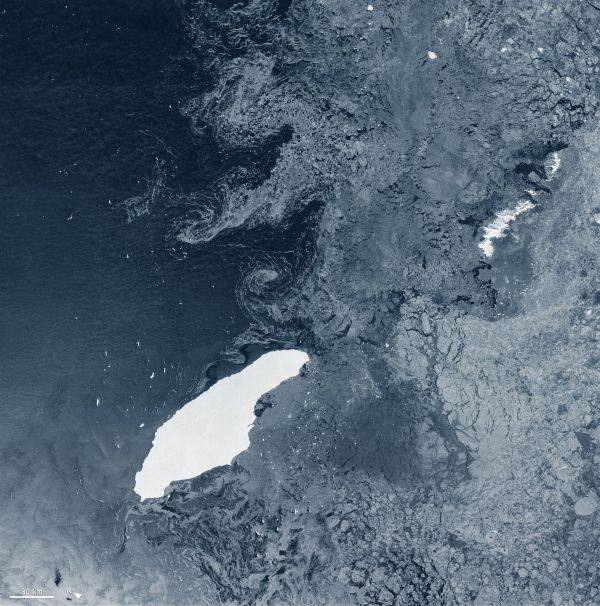 The colossus iceberg that split from Antarctica’s Larsen C ice shelf on 12 July 2017 is now in the open waters of the South Atlantic near the South Orkney Islands, about 1050 km from its birthplace.

Having lost two chunks of ice, this record berg is a little less huge than it once was – and now that it is in rougher waters, it may break up further.

When it calved, A-68 was about twice the size of Luxemburg and one of the largest icebergs on record, changing the outline of the Antarctic Peninsula forever. Despite its size, however, it is remarkably thin, just a couple of hundred metres thick.

Over the last three years, satellite missions such as Copernicus Sentinel-1 have been used to track the berg as it drifted in the Southern Ocean. For the first two years, it remained close to its parent ice sheet, impeded by sea ice.

However, it lost a chunk of ice almost immediately after being calved, resulting in it being renamed A-68A, and its offspring became A-68B. More recently, in April 2020, A-68A lost another chunk: A-68C.