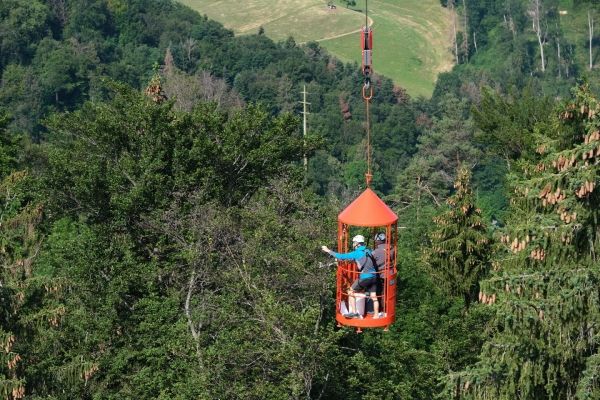 No year since weather records began was as hot and dry as 2018.

No year since weather records began was as hot and dry as 2018. A first comprehensive analysis of the consequences of this drought and heat event shows that central European forests sustained long-term damage. Even tree species considered drought-resistant, such as beech, pine and silver fir, suffered. The international study was directed by the University of Basel, which is conducting a forest experiment unique in Europe.

Until now, 2003 has been the driest and hottest year since regular weather records began. That record has now been broken. A comparison of climate data from Germany, Austria and Switzerland shows that 2018 was significantly warmer. The average temperature during the vegetation period was 1.2°C above the 2003 value and as high as 3.3°C above the average of the years from 1961 to 1990.

Part of the analysis, which has now been published, includes measurements taken at the Swiss Canopy Crane II research site in Basel, where extensive physiological investigations were carried out in tree canopies. The goal of these investigations is to better understand how and when trees are affected by a lack of water in order to counter the consequences of climate change through targeted management measures.

When trees die of thirst

Trees lose a lot of water through their surfaces. If the soil also dries out, the tree cannot replace this water, which is shown by the negative suction tension in the wood’s vascular tissue. It’s true that trees can reduce their water consumption, but if the soil water reservoir is used up, it’s ultimately only a matter of time until cell dehydration causes the death of a tree.

Image: In a forest near Basel researchers study the effects of climate change on the most important and sensitive part of the trees - the canopy. A total of 450 trees between 50 and 120 years old grow on the 1.6 hectare research area. (Credit: University of Basel)