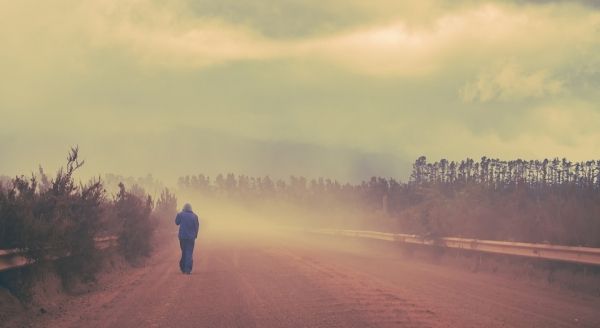 At the end of June, the largest dust cloud ever observed by satellites crossed the Atlantic from the Sahara in North Africa to the Americas.

At the end of June, the largest dust cloud ever observed by satellites crossed the Atlantic from the Sahara in North Africa to the Americas. Undoubtedly, that cloud carried plant pathogens that hitched rides with dust particles.

A multidisciplinary, Cornell-led team of scientists has been selected for a $750,000 NASA grant to combine their expertise in remote sensing, climate and earth system computer modeling, plant pathology and genomics to better understand how plant pathogens that travel the globe with dust particles might put crops at risk, especially in places where people struggle to eat.

It’s well documented that plant pathogens in the soil become airborne; infectious spores have been found in dust samples that travel on intercontinental winds. The team will use Earth-observing satellites to identify areas of potential disease and track plumes of dust that traverse the globe. They will also use earth system modeling to predict how regions will change over time and how that may influence disease dispersal with dust.

NASA’s Release of Research Opportunities in Space and Earth Science Interdisciplinary Science grant is for three years, which will allow the team to lay the foundation for a global surveillance system to assess risk and track and potentially prevent the global spread of plant diseases.