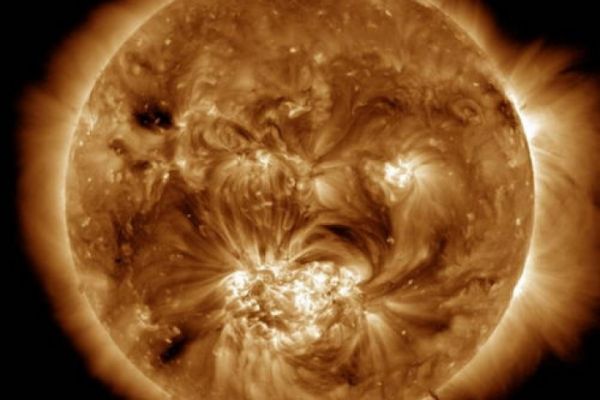 Extensive power outages and satellite blackouts that affect air travel and the internet are some of the potential consequences of massive solar storms.

Extensive power outages and satellite blackouts that affect air travel and the internet are some of the potential consequences of massive solar storms. These storms are believed to be caused by the release of enormous amounts of stored magnetic energy due to changes in the magnetic field of the sun’s outer atmosphere - something that until now has eluded scientists’ direct measurement. Researchers believe this recent discovery could lead to better “space weather” forecasts in the future.

“We are becoming increasingly dependent on space-based systems that are sensitive to space weather. Earth-based networks and the electrical grid can be severely damaged if there is a large eruption”, says Tomas Brage, Professor of Mathematical Physics at Lund University in Sweden.

Solar flares are bursts of radiation and charged particles, and can cause geomagnetic storms on Earth if they are large enough. Currently, researchers focus on sunspots on the surface of the sun to predict possible eruptions. Another and more direct indication of increased solar activity would be changes in the much weaker magnetic field of the outer solar atmosphere – the so-called Corona.

However, no direct measurement of the actual magnetic fields of the Corona has been possible so far.