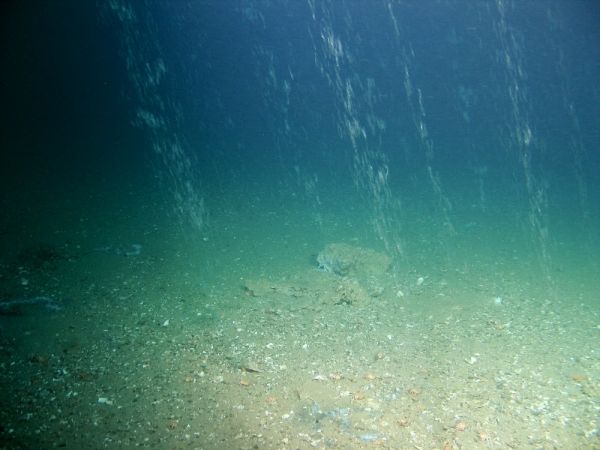 At abandoned oil & gas wells in the North Sea, considerable quantities of the potent greenhouse gas methane escape uncontrolled into the water. These leaks account for the dominant part of the total methane budget of the North Sea. This is shown in a new study recently published by researchers from the GEOMAR Helmholtz Centre for Ocean Research Kiel in the International Journal of Greenhouse Gas Control. It confirms earlier studies based on a greatly extended data basis.

During expeditions to oil and gas reservoirs in the central North Sea in 2012 and 2013, scientists of the GEOMAR Helmholtz Centre for Ocean Research Kiel (Germany) became aware of a phenomenon that had been hardly recognized before. They discovered that methane bubbles emerged from the seabed around abandoned wells. The gas originates from shallow gas pockets, which lie less than 1000 meters deep below the seafloor and that were not the target of the original drilling operations. An initial assessment showed that these emissions could be the dominant source of methane in the North Sea.