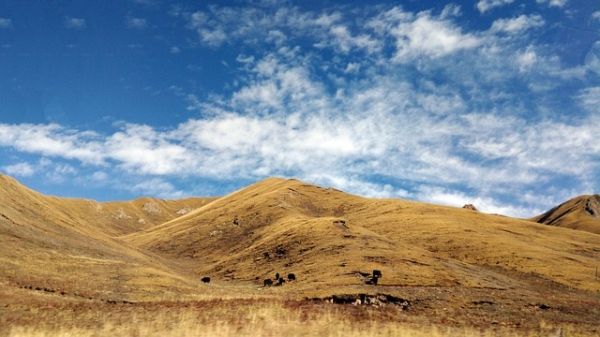 One of the big questions in biology is why certain plants and animals are found in some places and not others. Figuring out how species evolve and spread, and why some places are richer in species than others, is key to understanding and protecting the world around us. Mountains make a good laboratory for scientists tackling these questions: mountains are home to tons of biodiversity, in part due to all the different habitats at different elevations. In a new study in Science, researchers examined the plant life in the China’s Hengduan Mountains, the Himalaya Mountains, and the Qinghai-Tibet Plateau. Using DNA to build family trees of species, they learned that the diversity of plants in that region today can be traced back to newly-formed mountain ranges 30 million years ago, and monsoons that came later. It’s a concrete example of how climatic and environmental changes influence life on Earth.

“This paper addresses the fundamental question of why there are so many species in some parts of the world and not others,” says Rick Ree, a curator at Chicago’s Field Museum and corresponding author of the Science study. “The formation of this very species-rich community was fueled by ancient mountain-building and then subsequent effects of the monsoon. The biodiversity that we see today has been profoundly shaped by geology and climate.”

The paper focuses on plants growing above the treeline (called the alpine zone) in the Hengduan Mountains of southwestern China.