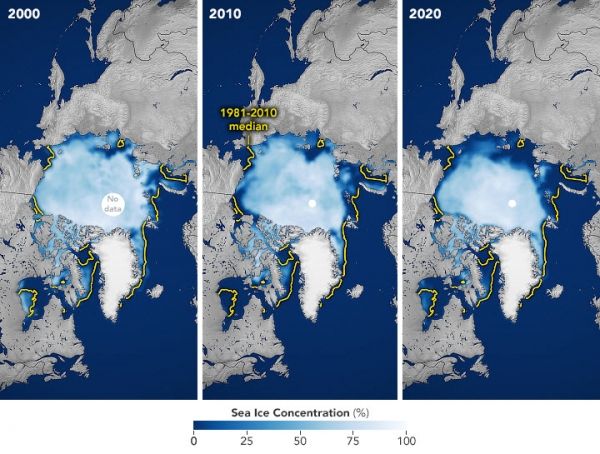 Record-low sea ice in July 2020 could be further depleted by a low-pressure system that developed over the Arctic Ocean.

The 2020 melting season still has at least another month to gnaw away at Arctic sea ice, but it has already consumed a lot. In July, the ice cover spanning the Arctic Ocean reached a record-low extent for this time of year.

The maps above show the sea ice extent in the Arctic Ocean for July 2020 (above, right) in context with sea ice from July 2000 and 2010. Extent is defined as the total area in which the ice concentration is at least 15 percent—the minimum amount at which space-based measurements give a reliable measurement. The yellow outline on each map shows the 30-year median extent for the month.