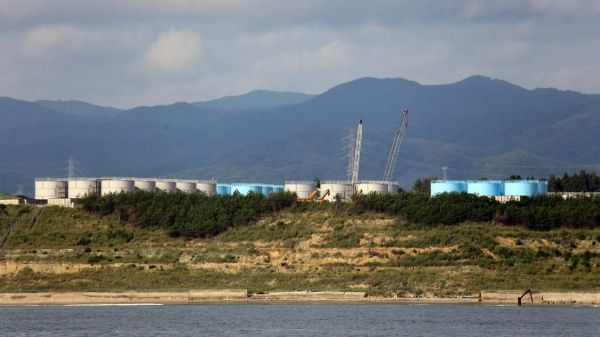 A large problem exists in the form of more than 1,000 tanks full of contaminated, but treated, wastewater stored on the grounds of the power plant.

Nearly 10 years after the Tohoku-oki earthquake and tsunami devastated Japan’s Fukushima Dai-ichi Nuclear Power Plant and triggered an unprecedented release radioactivity into the ocean, radiation levels have fallen to safe levels in all but the waters closest to the shuttered power plant. Today, fish and other seafood caught in waters beyond all but a limited region have been found to be well within Japan’s strict limits for radioactive contamination, but a new hazard exists and is growing every day in the number of storage tanks on land surrounding the power plant that hold contaminated wastewater. An article published August 7 in the journal Science takes a look at some of the many radioactive elements contained in the tanks and suggests that more needs to be done to understand the potential risks of releasing wastewater from the tanks into the ocean.

“We’ve watched over the past nine-plus years as the levels of radioactive cesium have declined in seawater and in marine life in the Pacific,” said Ken Buesseler, a marine chemist at the Woods Hole Oceanographic Institution and author of the new paper. “But there are quite a few radioactive contaminants still in those tanks that we need to think about, some of which that were not seen in large amounts in 2011, but most importantly, they don’t all act the same in the ocean.”