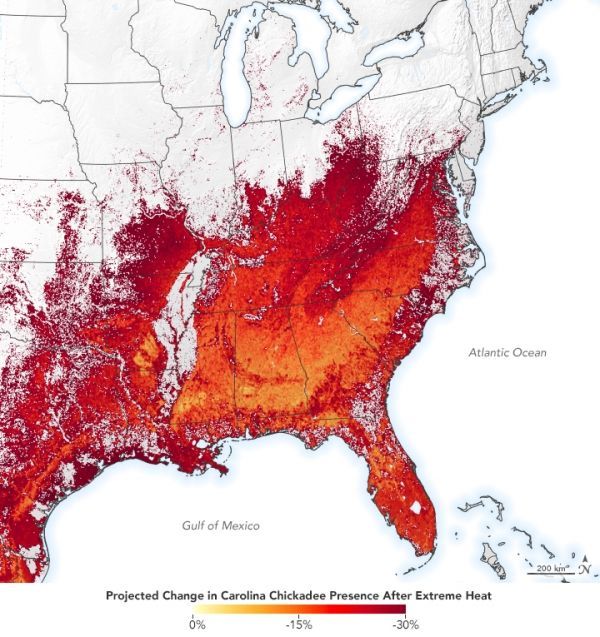 Extreme weather events such as heat waves and drought affect the presence of certain bird species.

Many bird species are sensitive to temperature changes, so they have a role to play as harbingers of a changing climate. New research shows that several bird species have already shifted their behavior in response to the sort of hotter and drier weather predicted by climate change models. These responses vary based on the duration of the extreme weather and characteristics of the bird species.

Extreme weather events such as heatwaves and droughts are becoming more common with climate change. Combining high-resolution weather data from Daymet and ground-based observations from eBird, a global citizen science initiative, a team of researchers from the University of Wisconsin-Madison and Cornell University recently investigated how 109 bird species responded to such events in eastern North America.

Birds are considered a good taxonomic group for studying environmental change because they are easily observed by researchers and citizen scientists. In fact, birdwatchers around the world have contributed more than 650 million records to the eBird mobile application managed by the Cornell Lab of Ornithology. It is one of the biggest databases of bird sightings in the world.