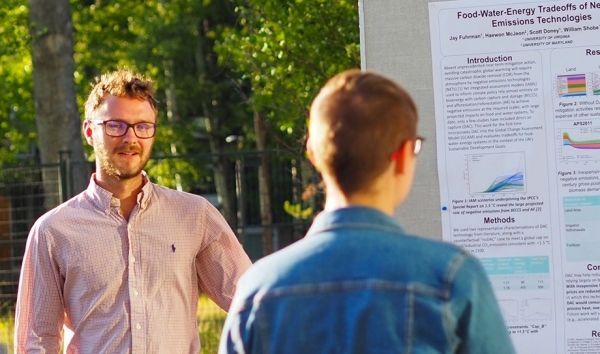 A team led by researchers at the University of Virginia cautions that when it comes to climate change, the world is making a bet it might not be able to cover.

The team’s new paper in Nature Climate Change explores how plans to avoid the worst outcomes of a warming planet could bring their own side effects.

The handful of models the United Nations Intergovernmental Panel on Climate Change and decisions makers around the world trust to develop strategies to meet carbon neutrality commitments all assume negative emissions technologies will be available as part of the solution.

Negative emissions technologies, often called NETs, remove carbon dioxide from the atmosphere. The three most widely studied approaches are bioenergy with carbon capture and storage, which entails growing crops for fuel, then collecting and burying the CO2 from the burned biomass; planting more forests; and direct air capture, an engineered process for separating CO2 from the air and storing it permanently, likely underground.

Continue reading at University of Virginia

Image via University of Virginia