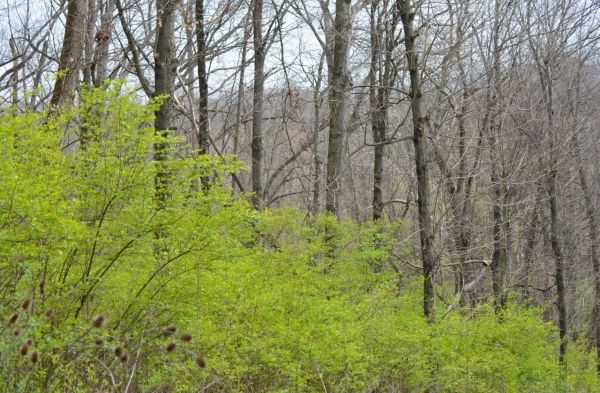 Bane of gardeners and foresters alike, Amur honeysuckle can be identified from space

One common invasive species is so widespread that you can see it from space. The University of Cincinnati found that satellite imagery can identify nonnative and invasive Amur honeysuckle, an ornamental shrub introduced from Asia that has spread in forests across much of the United States.

UC graduate Bridget Taylor, UC biology professor Denis Conover and UC geography professor Richard Beck used satellite imagery to find nonnative invasive Amur honeysuckle in several urban parks and cemeteries from space. Using one of the satellites in a series of Earth-observing missions jointly managed by NASA and the U.S. Geological Survey, the Landsat-8 satellite can measure the reflection of wavelength energy in the red and near-infrared bands. The ratio of the two wavelengths helps scientists identify foliage of different plants from orbit.

UC found that the method was effective in detecting Amur honeysuckle, according to a study published in the journal Ecological Restoration.

Continue reading at University of Cincinnati

Image via University of Cincinnati