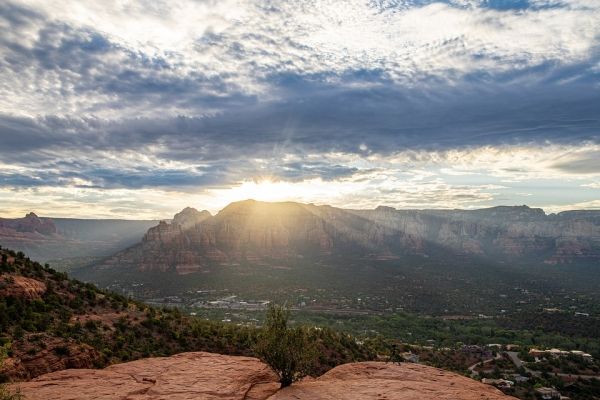 Nestled among state parks, red rock buttes and breathtaking mountain vistas, Sedona, Arizona, is one of the most popular resort towns in the American West.

Nestled among state parks, red rock buttes and breathtaking mountain vistas, Sedona, Arizona, is one of the most popular resort towns in the American West.

Today, many Sedona visitors and residents frequently find themselves stuck in traffic, struggling to find parking or encountering crowds of people in the wilderness. Increased tourism might be one of the reasons for these issues, but another is a large commuter workforce, according to a new study by researchers at the University of Arizona and University of Utah.

Census data shows that of the roughly 7,000 jobs in Sedona, about 5,000 of them – 74% – are held by people who live outside the city limits in larger towns, such as Flagstaff and the Phoenix metropolitan area, or in adjacent rural communities in the Verde Valley. For some of those commuters, living in Sedona isn't an option due to a cost of living their jobs can't support, the researchers found.

Sedona's story is indicative of a trend unfolding in many rural gateway communities across the American West, according to the new study, which is published in the Journal of the American Planning Association. Booming tourism and a steady increase in new residents present unprecedented urban planning challenges.