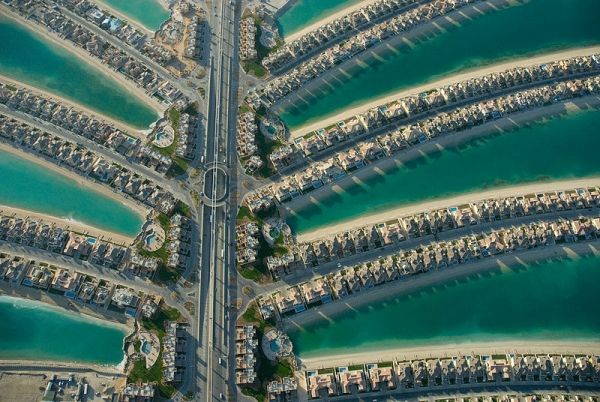 In a world-first, the extent of human development in oceans has been mapped.

In a world-first, the extent of human development in oceans has been mapped. An area totalling approximately 30,000 square kilometres – the equivalent of 0.008 percent of the ocean – has been modified by human construction, a study led by Dr Ana Bugnot from the University of Sydney School of Life and Environmental Sciences and the Sydney Institute of Marine Science has found.

The extent of ocean modified by human construction is, proportion-wise, comparable to the extent of urbanised land, and greater than the global area of some natural marine habitats, such as mangrove forests and seagrass beds.

When calculated as the area modified inclusive of flow-on effects to surrounding areas, for example, due to changes in water flow and pollution, the footprint is actually two million square kilometres, or over 0.5 percent of the ocean.
The oceanic modification includes areas affected by tunnels and bridges; infrastructure for energy extraction (for example, oil and gas rigs, wind farms); shipping (ports and marinas); aquaculture infrastructure; and artificial reefs.