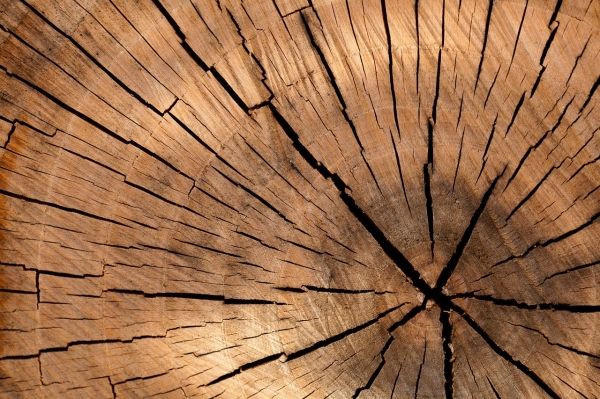 Tree rings exaggerate, a team of researchers finds. Scientists deduce historical climatic conditions for the past hundreds of years from the width of the annual growth rings of trees. Previous temperature reconstructions from the annual tree rings are however to some extent inaccurate, according to a new study published in Climate Dynamics. Tree rings overstate the natural climatic variations of past centuries. A comparison of data from church and city archives shows that the climate has developed much more evenly. This in turn provides further evidence of how extraordinary modern human-made warming really is.

"Was there a warm period in the Middle Ages that at least comes close to today's? Answers to such fundamental questions are largely sought from tree ring data," explains lead author Josef Ludescher of the Potsdam Institute for Climate Impact Research (PIK). "Our study now shows that previous climate analyses from tree ring data significantly overestimate the climate’s persistence. A warm year is indeed followed by another warm rather than a cool year, but not as long and strongly as tree rings would initially suggest. If the persistence tendency is correctly taken into account, the current warming of Europe appears even more exceptional than previously assumed."

To examine the quality of temperature series obtained from tree rings, Josef Ludescher and Hans Joachim Schellnhuber (PIK) as well as Armin Bunde (Justus-Liebig-University Giessen) and Ulf Büntgen (Cambridge University) focused on Central Europe. Main reason for this approach was the existing long observation series dating back to the middle of the 18th century to compare with the tree ring data. In addition, there are archives that accurately recorded the beginning of grape and grain harvests and even go back to the 14th century. These records, as well as the width of tree rings, allow temperature reconstructions. A warm summer is indicated by a wide tree ring and an early start of the harvest, a cold summer by a narrow tree ring and a late start of the harvest. The trees studied are those from altitudes where temperature has a strong influence on growth and where there is enough water for growth even in warm years.