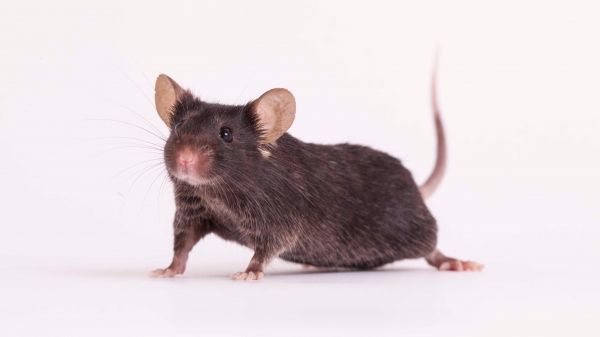 Astronauts face a very difficult challenge in space. In microgravity, their muscles and bones weaken over time.

Astronauts face a very difficult challenge in space. In microgravity, their muscles and bones weaken over time. Specialized exercise programs developed for stints on the International Space Station (ISS) have helped, but for anything longer—such as a voyage to Mars—they would not be sufficient. In addition, earthbound people with limited or no mobility already face debilitating muscle atrophy and bone fragility, underscoring the need for an effective way to maintain both muscle and bone mass, both here on earth as well as in space.

Myostatin (MSTN) is a protein that is part of a system of checks and balances that limits muscle growth in many species, including humans. When its braking function is removed, increased muscling results. Mice lacking the MSTN gene—dubbed “Mighty Mice”—show dramatic muscle growth. But what happens to these mice in microgravity? And could an inhibitor of MSTN function help even normal, wild-type mice retain their muscle mass in space?

To find out, a team led by Professor Se-Jin Lee, MD, Ph.D., who discovered MSTN and who has a joint appointment at The Jackson Laboratory (JAX) and UConn Health and its UConn School of Medicine, and Professor Emily Germain-Lee, MD, who has a joint appointment at Connecticut Children’s and UConn Health, sent mice into space. A total of 40 mice were aboard the SpaceX-19 launch on December 5, 2019, and lived on the ISS for 33 days until returning to earth on January 7, 2020. The mice included normal control (wild-type) mice, mice lacking a functional MSTN gene (“Mighty Mice”), and mice who were given doses of a specific compound, known as ACVR2B/Fc. Similar groups of mice were also maintained on the ground, in conditions that reproduced those on the ISS, other than microgravity.

Continue reading at University of Connecticut.