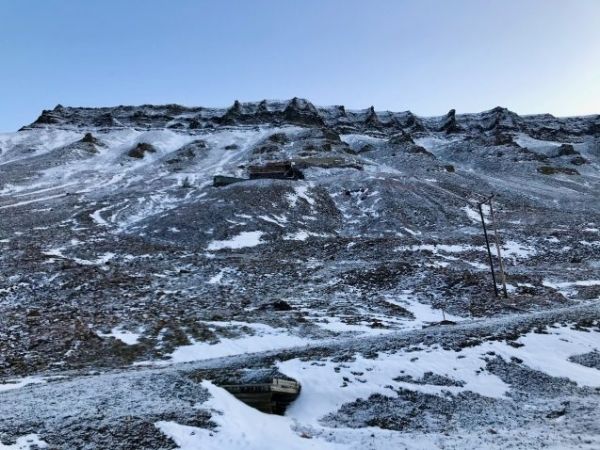 On July 26, Svalbard’s only active coal mine, Gruve 7, was reported to be flooded by its operators, Store Norske Spitsbergen Kulkompani.

It had been shut down earlier this year due to the ongoing COVID-19 pandemic; now plans to reopen the mine will now be delayed even further as a result. Glacial meltwater entered the mine through a crevasse at the junction between the overlying ice cap and glacier below, and seeped through from cracks in the bedrock. The floodwaters damaged the mine’s one power supply, so the three pump systems installed to remove water were unable to operate. Workers at Store Norske are currently conducting an assessment of damage to equipment and facilities.

Svalbard is a Norwegian archipelago in the high Arctic. It has a rich political history, marked by exploration, exploitation and enmity. Prior to the Svalbard Treaty of 1920, Svalbard was a terra nullius — a land without formal government. The treaty, part of the wider peace treaty of Versailles (which brought an end to World War I), designated Svalbard to Norwegian rule, but allowed a number nations to remain present in Svalbard. This ambiguous status was a particular target for Russia, which currently is the only other country exercising this right to occupancy in Svalbard.

The history of the archipelago centers around the pursuit for its resources — namely whales, coal and fish — and the geopolitics that competition for these resources has ignited. Sea ice has long been a physical obstacle to the archipelago’s exploration and exploitation, but climate changes and loss of sea ice have opened opportunities for nations with an interest in Svalbard.