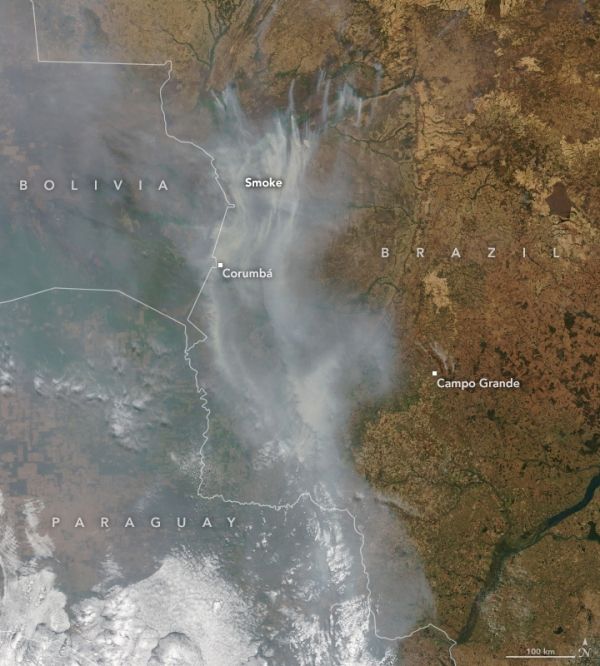 Drought-parched wetlands in South America have been burning for weeks.

The Pantanal, a vast floodplain in South America, is among the largest wetlands in the world. The mosaic of grasslands, shrublands, forests, marshes, and lakes covers an area as large as West Virginia. It is home to thousands of species, including many that are rare and endangered, such as jaguars, giant river otters, hyacinth macaws, and giant armadillos.

Though the number of ranches and cattle pastures have increased on the plateaus that surround the Pantanal in Brazil, Paraguay, and Bolivia, the floodplain itself has remained mostly free of development in recent decades. But in the past few years, the Pantanal has faced a new challenge: uncontrollable fire.

The 2019 fire season (July through October) was unusually active, and a shortage of rainfall during the 2020 wet season (December through April) meant Pantanal wetlands never had a chance to recharge. That made it easier for fires to continue burning throughout the first half of the calendar year, when fire activity is typically minimal in this region.