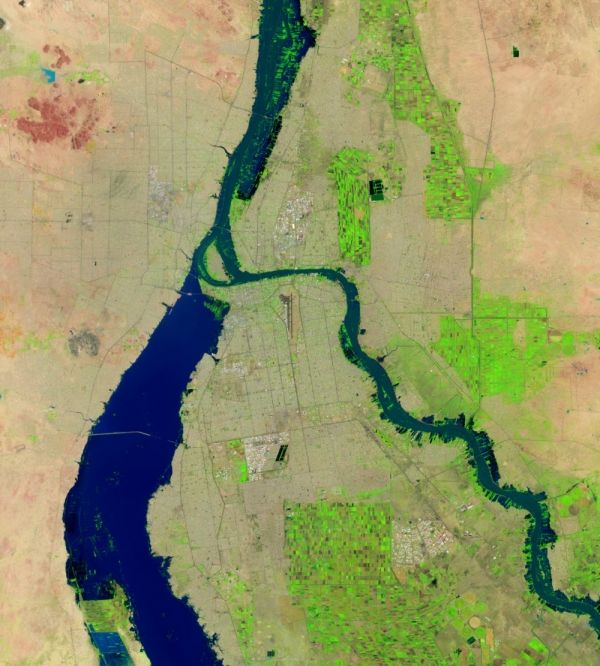 A wetter-than-usual rainy season in Sudan has devastated communities across the country.

A wetter-than-usual rainy season has devastated communities across Sudan in 2020, as the Nile River and some of its tributaries reached their highest levels in 100 years.

Widespread flooding has claimed at least 100 lives and damaged or destroyed more than 110,000 homes since mid-July 2020, according to United Nations Office for the Coordination of Humanitarian Affairs (OCHA). The office reported that more people have been affected by flooding in Sudan this year—more than 650,000—than any of the past seven rainy seasons. The Sudanese government declared a three-month national state of emergency on September 4.

The images above show flooding in Sudan’s capital, Khartoum, on September 2, 2020 (right), compared to a more typical rainy season in September 2016 (left). These false-color images, acquired with the Operational Land Imager (OLI) on the Landsat 8 satellite, use a combination of infrared and visible light (bands 6-5-4) to make it easier to see the boundary between water and land. Water appears navy blue and black; clouds are white or cyan; and vegetation is bright green.