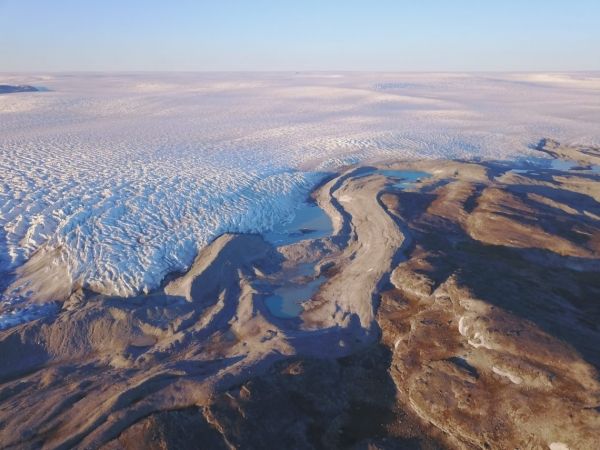 If human societies don’t sharply curb emissions of greenhouse gases, Greenland’s rate of ice loss this century is likely to greatly outpace that of any century over the past 12,000 years, a new study concludes.

University of Washington scientists are among the authors of the study published Sept. 30 in the journal Nature. The research, led by the University at Buffalo, employed ice sheet modeling to understand the past, present and future of the Greenland Ice Sheet.

Scientists used new, detailed reconstructions of ancient climate to drive the model, and validated the model against real-world measurements of the ice sheet’s contemporary and ancient size.

The findings place the ice sheet’s modern decline in historical context, highlighting just how extreme and unusual projected losses for the 21st century could be.