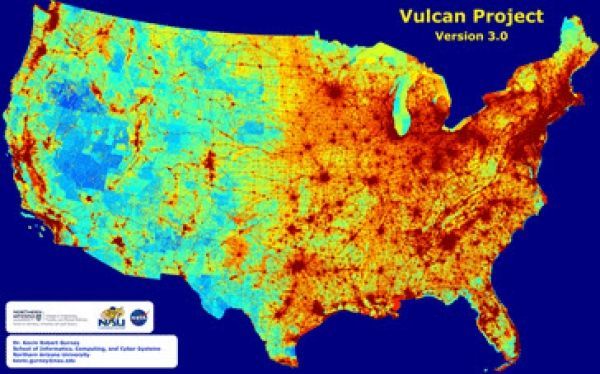 With intense wildfires in the western United States and frequent, intense hurricanes in the Gulf of Mexico, the nation is again affected by extreme weather-related events resulting from climate change.

In response, cities, states and regions throughout the country are developing policies to reduce their emissions of greenhouse gases, chiefly carbon dioxide (CO2). Even though many state and local governments are committed to these goals, however, the emissions data they have to work with is often too general and too expensive to provide a useful baseline and target the most effective policy.

Gurney, who specializes in atmospheric science, ecology and public policy, has spent several years developing a standardized system, as part of the Vulcan Project, that quantifies and visualizes greenhouse gases emitted throughout the entire country down to individual power plants, neighborhoods and roadways, identifying problem areas and enabling better decisions about where to cut emissions most effectively. Leading up to the nationwide study, Gurney produced emissions maps of several different large cities, including the Los Angeles megacity, Indianapolis, the Washington, D.C./Baltimore metropolitan area and Salt Lake City, Utah.