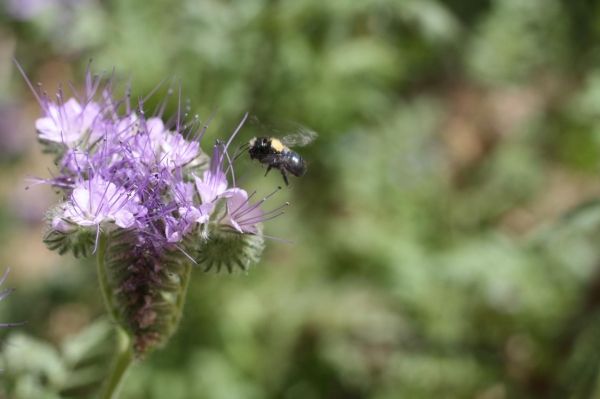 The loss of flowering plants and the widespread use of pesticides could be a double punch to wild bee populations.

The loss of flowering plants and the widespread use of pesticides could be a double punch to wild bee populations. In a new study, researchers at the University of California, Davis, found that the combined threats reduced blue orchard bee reproduction by 57 percent and resulted in fewer female offspring. The study was published in the journal Proceedings of the Royal Society B.

“Just like humans, bees don’t face one single stress or threat,” said lead author Clara Stuligross, a Ph.D. candidate in ecology at UC Davis. “Understanding how multiple stressors interplay is really important, especially for bee populations in agricultural systems, where wild bees are commonly exposed to pesticides and food can be scarce.”

The study found that pesticide exposure had the greatest impact on nesting activity and the number of offspring the bees produced. Pesticide exposure reduced bee reproduction 1.75 times more than limiting their food.