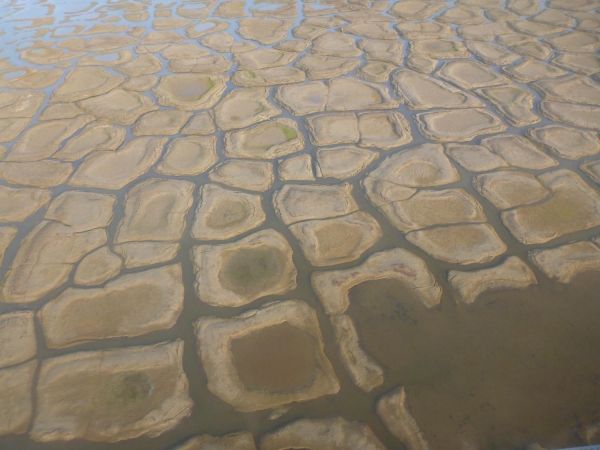 As the permafrost thaws, the topography of the Arctic will alter dramatically, according to an international study headed by Finnish geographers.

The study, which covered the entire area of permafrost in the Arctic, found that much of the permafrost landforms now occurring in that region was in danger of disappearing some time this century, and the change has already begun.

Unique landforms in an area of permafrost are the result of ice accumulating in the soil over a period of thousands of years. These landforms are sensitive to global warming, as the ice they contain is located close to the surface of the ground. As the area of summer thaw expands, the landforms collapse and slowly vanish from the landscape.

Predictions suggest that as many as half the current areas of occurrence could become unfavourable for the formation of iconic landforms of permafrost terrain, such as pingos, ice wedge polygons and rock glaciers by the end of the century. ‘Global warming and an increase in rainfall do not restrict the occurrence of landforms just in those areas of permafrost already thawing, but also in extremely cold areas of thick permafrost,’ says Olli Karjalainen, postdoctoral researcher with the Geography Research Unit at the University of Oulu.

Continue reading at University of Oulu

Image via University of Oulu