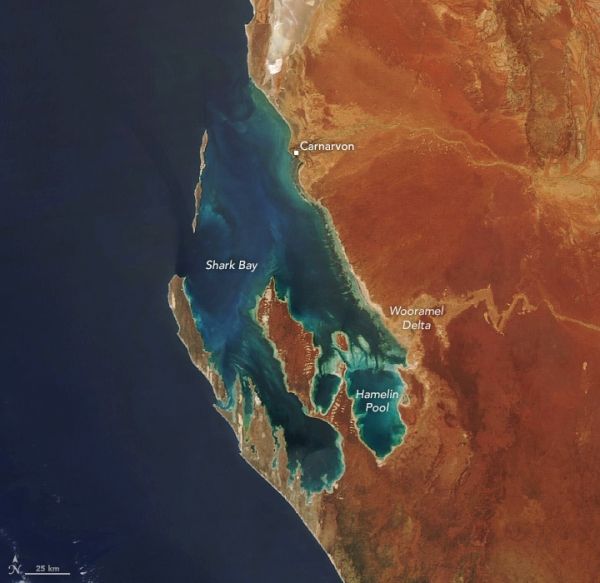 Australia’s Shark Bay contains the largest beds of seagrasses in the world, as well as some of the oldest lifeforms on Earth.

William Dampier was not a typical pirate. Between pillages, the curious English sailor took detailed notes about local wildlife and even collected plants—some of which are still preserved today—on his voyages around the world. His travel logs provided valuable information for future scientists such as Charles Darwin and even inspired Jonathan Swift’s Gulliver’s Travels.

On a trip to the most westerly tip of Australia in 1699, he came across a basin with an abundance of sharks. Named by Dampier, Shark Bay is home to 28 different species, from the notorious tiger shark to the timid nervous shark. Little did Dampier know that the area would become world-renowned, but not because of its sharks. Shark Bay contains the largest and richest beds of seagrasses in the world and is also home to some of the oldest lifeforms on Earth.