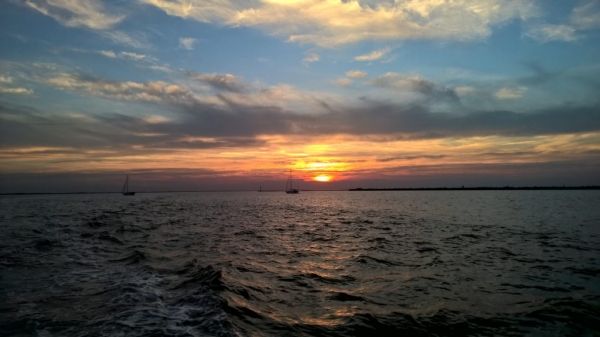 New research reveals temperatures in the deep sea fluctuate more than scientists previously thought and a warming trend is now detectable at the bottom of the ocean.

In a new study in AGU’s journal Geophysical Research Letters, researchers analyzed a decade of hourly temperature recordings from moorings anchored at four depths in the Atlantic Ocean’s Argentine Basin off the coast of Uruguay. The depths represent a range around the average ocean depth of 3,682 meters (12,080 feet), with the shallowest at 1,360 meters (4,460 feet) and the deepest at 4,757 meters (15,600 feet).

They found all sites exhibited a warming trend of 0.02 to 0.04 degrees Celsius per decade between 2009 and 2019 – a significant warming trend in the deep sea where temperature fluctuations are typically measured in thousandths of a degree. According to the study authors, this increase is consistent with warming trends in the shallow ocean associated with anthropogenic climate change, but more research is needed to understand what is driving rising temperatures in the deep ocean.