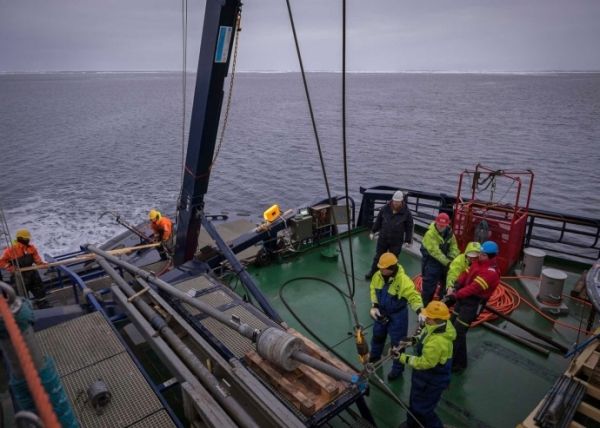 A multidisciplinary team from Stockholm University has found evidence of past permafrost thawing during climate warming events at the end of the last ice age. Their findings, published today in Science Advances, caution about what could happen in the near future: That Arctic warming by only a few degrees C may trigger massive permafrost thawing, coastal erosion, and the release of the greenhouse gases carbon dioxide (CO2) and methane (CH4) into the atmosphere.

Arctic permafrost stores more carbon than the atmosphere. When permafrost thaws, this carbon may be converted to greenhouse gases (CO2 and CH4) that then enter the atmosphere and may affect the climate system. To improve predictions of future greenhouse gas emissions from permafrost, scientists have started to look into the past, exploring how previous climate warming, for example at the end of the last ice age, affected permafrost and its vast pool of carbon.

“Our new study shows for the first time the full history of how warming at the end of the last ice age triggered permafrost thawing in Siberia. This also suggests the release of large quantities of greenhouse gases,” says Jannik Martens, PhD student at Stockholm University and lead author of the study. “It appears likely that past permafrost thawing at times of climate warming, about 14,700 and 11,700 years ago, was in part also related to the increase in CO2 concentrations that is seen in Antarctic ice cores for these times. It seems that Arctic warming by only a few degrees Celsius is sufficient to disturb large areas covered by permafrost and potentially affect the climate system”.