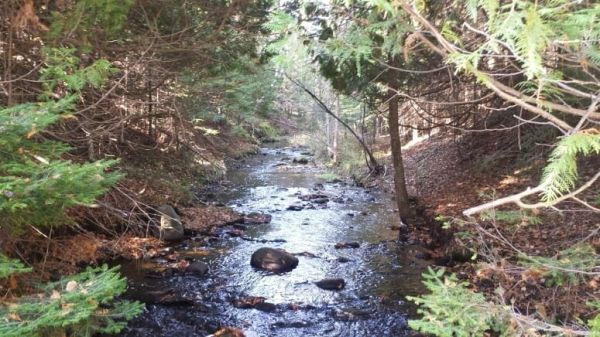 While decades of monitoring and regulatory efforts have paid little attention to these tiny tributaries, student's research shows that they play an outsized role in feeding algae blooms and impacting coastal waters.

In the summer of 2018, Rob Mooney, a graduate student at the University of Wisconsin–Madison’s Center for Limnology, set out on an epic road trip around Lake Michigan. Mooney was no stranger to the drive. In fact, he had already completed eight circuits of the lake over the previous two years as he monitored seasonal changes in dozens of rivers and streams flowing into the lake.

This time, however, Mooney’s plan for his unusual tour was even more ambitious. In as little time as possible, he would take water samples at as many of the nearly 300 tributaries that flow into the lake as he could.

While obstacles like dangerous road crossings and encounters with aggressive dogs made stopping at every single stream impossible, at the end of six days Mooney had a snapshot of 235 tributaries that empty into Lake Michigan. That, says Mooney, “was just cool in itself,” but “a bonus was that we actually started to see patterns in these smaller tributaries.”

Image via University of Wisconsin Madison