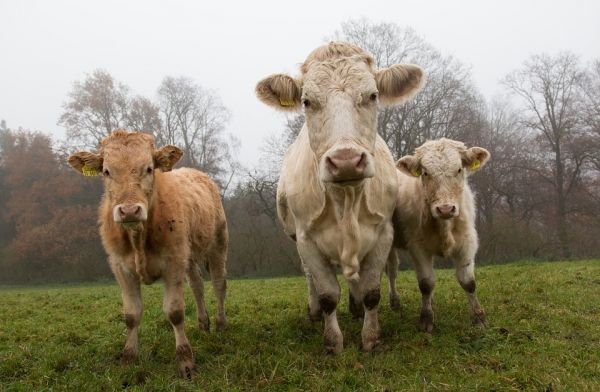 Carbon dioxide and methane are the biggest drivers of global warming related to human activities.

Carbon dioxide and methane are the biggest drivers of global warming related to human activities. But emissions of nitrous oxide, better known as laughing gas, are also rapidly increasing, mostly due to large-scale farming with synthetic fertilizers and cattle ranching.

Nitrous oxide emissions from human activities have ballooned 30 percent over the past four decades, barreling past the highest emission levels scientists have projected in climate models, according to new estimates published Oct. 7 in the journal Nature. “We need to turn the valve on emissions as quickly as possible,” said study co-author Rob Jackson, a professor of Earth system science at Stanford University.

In the industrial era, carbon dioxide has been responsible for about 10 times as much warming as nitrous oxide. But nitrous oxide is more potent: One pound of the gas warms the atmosphere some 300 times more than a pound of carbon does over a 100-year period. “We care doubly about nitrous oxide because it stays in the atmosphere a long time – typically a century or more after release,” Jackson said.

In the decades since the 1987 Montreal Protocol led to the phase-out of chlorofluorocarbons, a once common ingredient in refrigerants and aerosols, nitrous oxide has also become the greatest human-related threat to the ozone layer that shields Earth against harmful ultraviolet radiation. Here, Jackson discusses sources of nitrous oxide emissions, where and why they are increasing and practical solutions for halting their rise.