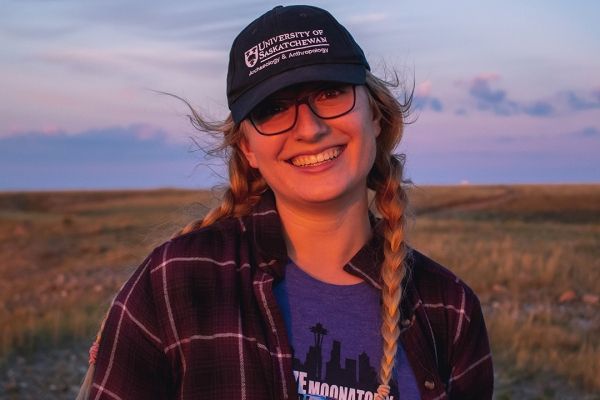 A University of Saskatchewan (USask) graduate student is studying the importance of bison—which she calls a “keystone species”—to Indigenous peoples and to the prairie landscape over time.

A University of Saskatchewan (USask) graduate student is studying the importance of bison—which she calls a “keystone species”—to Indigenous peoples and to the prairie landscape over time.

Katie Willie, who is pursuing a master’s degree in archaeology in USask’s College of Arts and Science, said bison are culturally significant animals that provided Indigenous peoples with food, tools, clothing and shelter for thousands of years. She is particularly interested in the restoration of bison at Wanuskewin Heritage Park, a historical gathering place for Indigenous peoples for more than 6,000 years.

“Bringing bison back to Wanuskewin, and many other protected and conserved areas around North America, is important for the environment and for Indigenous peoples,” she said. “Through the study of the bison bones that have been found at the Wolf Willow site—the most recent site of excavations at Wanuskewin—I’m studying the uses of bison in the past to hopefully understand the importance of the animal to the people that have lived here for millennia.”

Willie is conducting her research under the supervision of a renowned archaeologist, USask Professor Emeritus Dr. Ernie Walker (PhD). By studying the bison bones, Willie will try to glean information such as the age and sex of the animals, how many were hunted and possibly even the season in which the hunts occurred.