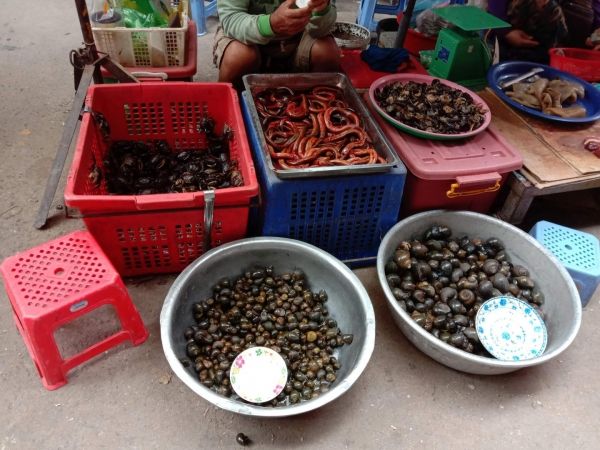 Many diseases, such as COVID-19, have made the jump from animals to people with serious consequences for the human host.

Many diseases, such as COVID-19, have made the jump from animals to people with serious consequences for the human host. An international research team, including researchers from the University of Göttingen, says that more epidemics resulting from animal hosts are inevitable unless urgent action is taken. In order to protect against future pandemics which might be even more serious, they call for governments to establish effective legislation addressing wildlife trade, protection of habitats and reduction of interaction between people, wildlife and livestock. Their review was published in Trends in Ecology & Evolution.

An infectious disease caused by a pathogen – such as a bacterium, virus or parasite – that has jumped from an animal to a human is known as “zoonosis”. In the last thirty years, the majority of human pathogens which have caused substantial damage to human health and economies have originated from wildlife or livestock. Such diseases include Ebola, AIDS and SARS. COVID-19 is among the latest of these zoonotic diseases and is currently a pandemic that has resulted in more than a million deaths worldwide.

Two primary factors that facilitate such outbreaks are wildlife trade and fragmentation of natural habitat, both of which increase the frequency and potential for direct contact between humans and wildlife. Animals in wildlife markets are often housed in overcrowded and unsanitary conditions that create the perfect environment for pathogens to jump to humans. In addition, natural habitats are being cleared to meet the growing demands of an increasing human population, which puts livestock and people in closer contact with the wild hosts of potential zoonotic pathogens. Addressing these two factors could help prevent future zoonotic diseases.

Image: Market store in Cambodia. A reduction in the interaction between people, wildlife and livestock along with effective protection of habitats and wildlife, is the only way to reduce the risk of future zoonoses like Covid-19. (Credit: Kit Magellan)